Christmas In July is a project which began in January 2016, when I was confronted by a discarded tree standing in direct opposition to my carport exit. It had such presence that I went back upstairs for a camera, then shot the image from the original viewpoint of the drivers seat of my car. It’s the opening shot for the series. As the month progressed, I was astonished by the sheer volume of abandoned trees and the variety of means of disposal. My favorite is still the classic solo vertically standing tree left somewhere near the curb, retaining it’s essential dignity regardless of circumstance. Christmas trees continued to show up that year well into March, and my partner and I decided to make a documentary style book about it. “Christmas In July” is a collaborative paperback produced by Jeff Ho, originally published in November 2016. The cover tree image was shot on July 31st of that year, in front of Jeff’s Boise Av studio.I have now captured these images for four consecutive years, with expanding means of documentation. There is an archive of digital files, 35mm color film images, and short film clips. Ultimately this series is intended as an installation involving prints, video, a documentary film and accompanying catalogue. 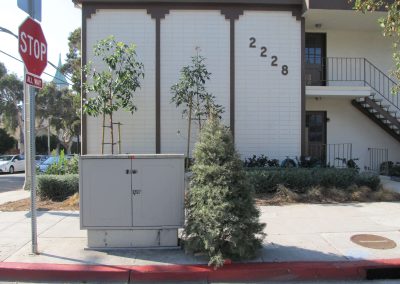 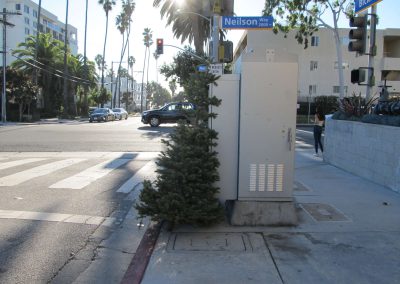 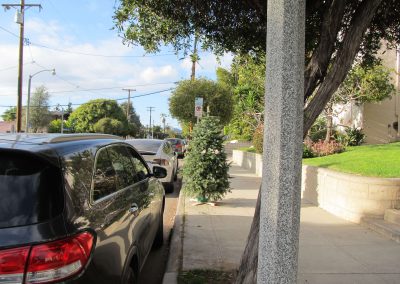 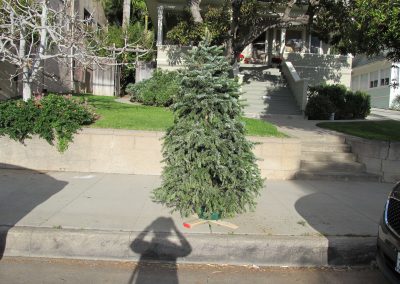 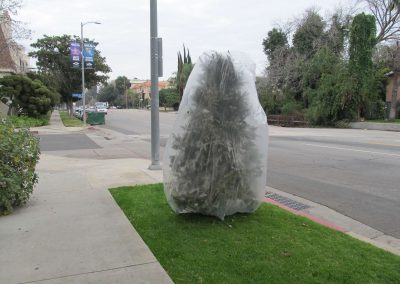 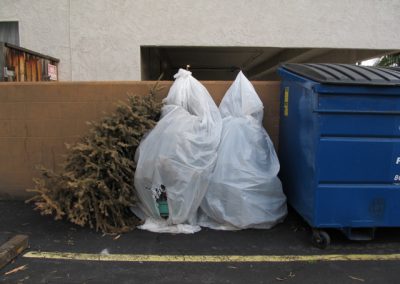 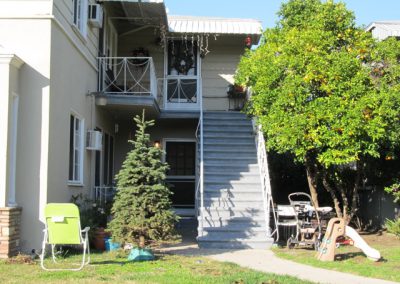 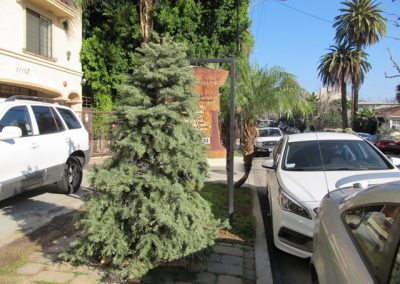 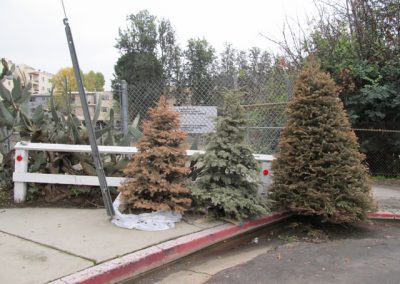 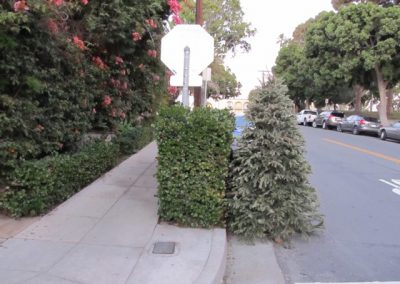 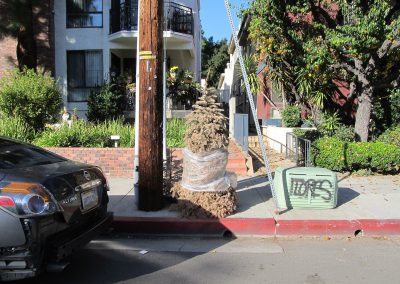 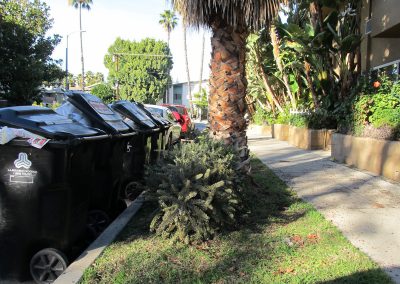 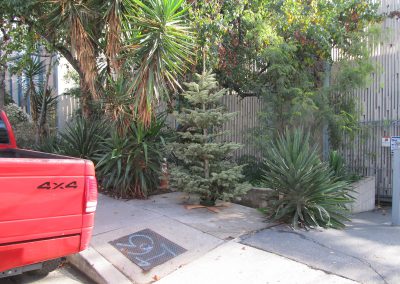 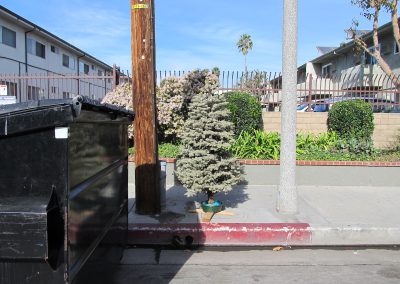 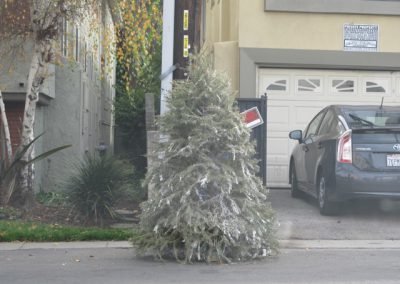 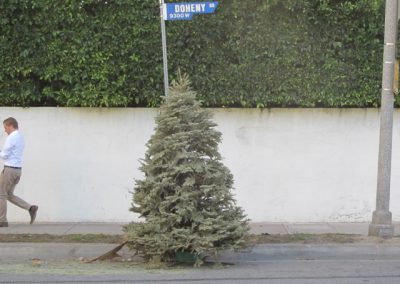 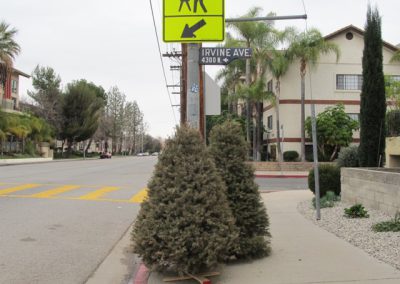 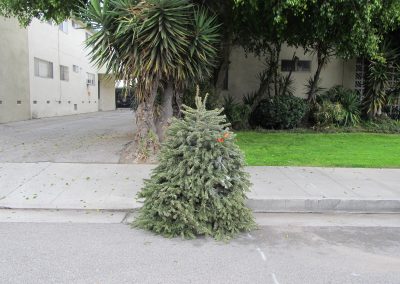 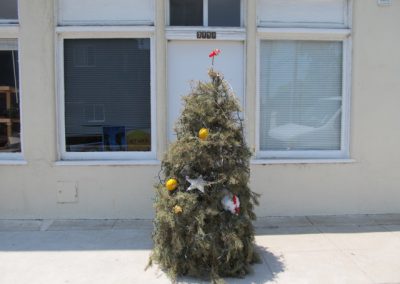 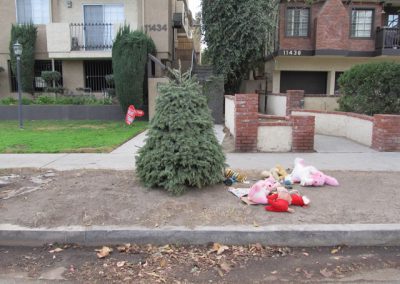 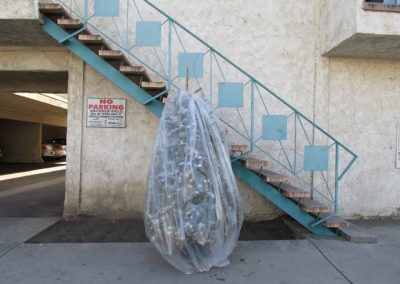 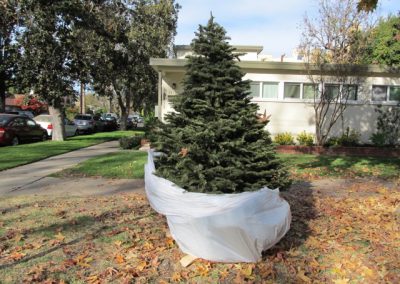 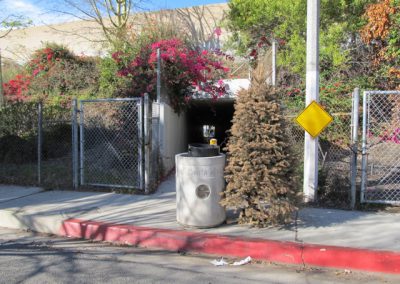 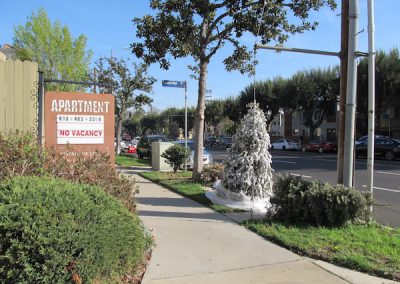